In Review: The Christian Atheist 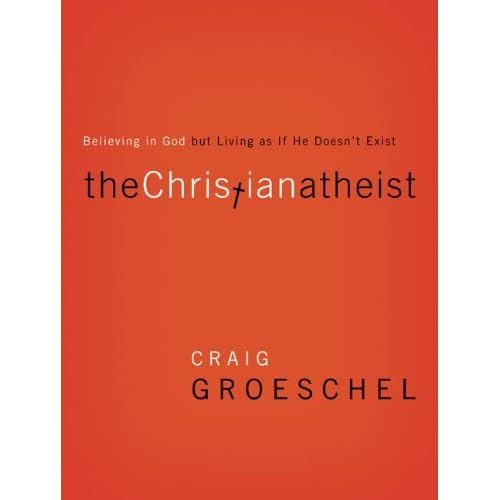 “Believing in God, but living as if He doesn’t exist.”  It’s quite the punch for a subtitle.  This small phrase perfectly sums up Craig Groeschel’s latest book entitled The Christian Atheist.  Goeschel reexamines the age-old tension between what we know and how we respond and act as believers of Jesus.  Taking from his own story, Groschel explicates in his book that he had once lived as the quintessential Christian Atheist.  “At the age of twenty-give,” writes Groeschel, “I was a full-time pastor and a part-time follower of Christ” (26).  Groeschel identifies his journey into Christian Atheism vividly: “My mission had become a job.  Instead of studying God’s Word out personal devotion, I studied only to preach.  Instead of preaching messages to bring glory to God, I preached to bring people to church” (26).

Here are some notable quotes from The Christian Athiest:

﻿Read if you’ve consistently struggled to understand what it looks like to truly follow Jesus and call yourself a believer.